A Charming Secret of Productive Teams 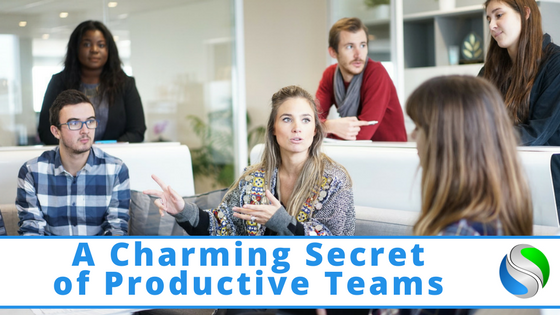 Back in the 1980s, an Italian neurophysiologist, Giacomo Rizzolatti with his team at the University of Parma, Italy, was planting electrodes in the prefrontal motor cortex of macaque monkeys to identify which neurons control which hand movements.  As happens in so many scientific research endeavors, an accident surfaced something entirely new.  Another example would be Ivan Pavlov’s study of how saliva initiates digestion when he stumbled on the theory of classical conditioning.

In Rizzolatti labs, a staff assistant picked up a snack and put it in his mouth, while the monkeys were sitting quietly hooked up to their electrodes.  Suddenly with no movement on the part of the monkeys, electrodes triggered buzzing from the amplifiers.  What was going on?  The buzzing was supposed to pick up the monkeys’ hand movements but the monkeys were immobile.

After several repetitions of the incident, Rizzolatti concluded that motor neurons fired when the observer (monkey here) saw another make a movement that signaled the observer’s (again monkey here) understanding of the meaning of the other’s action.

This coincidence of motor neurons being activated by another’s meaningful movements were termed mirror neurons.  Our brains reflect the meaning of another person’s movement.  In brief, we can understand the reason for someone’s movement; said differently, we can grasp the intention of another person’s actions.  Thus it happened — the discovery of mirror neurons in the prefrontal motor cortex.  Mirror neurons are a small circuit of cells in the premotor cortex and inferior parietal cortex that are activated by just a smile or seeing someone reach for a cup. These neurons connect the seeing with the doing.

The significance of this accidental discovery of mirror neurons lead eventually to deeper insight into empathy, a human response to the emotions of others.  It was another Italian who immigrated to America, Marco Iacoboni (2008)[1], who popularized empathy as a product of mirror neurons with his book Mirroring People: The New Science of How We Connect with Others.

How does empathy happen in humans?

When mirror neurons respond to another person’s actions, the prefrontal motor cortex starts a cascade of bodily feelings that pour through the insula and down into the sympathetic nervous system that floods the entire body with sentiment.  Consider a mother who runs to an injured child; mother feels the child’s pain and she is flooded with an emotional response that rushes her to the child’s care.

What does this have to do with teams?  Once the team members are comfortable in the psychological safety of the mutual acceptance, the team becomes submerged in its work.  Because it is a collaborative endeavor, the members are open to cooperating for the success of the team. This sets up an atmosphere to unity as well as camaraderie.  Members are listening intently to one another looking for cues of understanding and insights.

Their eye contact as well as gestures open them to each other’s thoughts and intentions.  Empathy runs high with their shared energy of creative contributions as they connect with one another.  This connection is vital to the richness of the exchange and the eventual creation of their project.  It is the empathetic mirror neurons that are the vital element of our social cognition and emotional bodily connection.   We use our bodies to convey our intentions and feelings; we capture each other’s feelings in the same kind of communication.  It’s true body language.  Mirror neurons help us understand one another.

When teams capture this means of connection, the exchange of ideas and insights become a flow of productive endeavor.  A team connected this way is a winning team.

[1] Iacoboni, Marco, (2008). Mirroring People: The New Science of How We Connect with Others, Farrar, Straus, Giroux, New York.