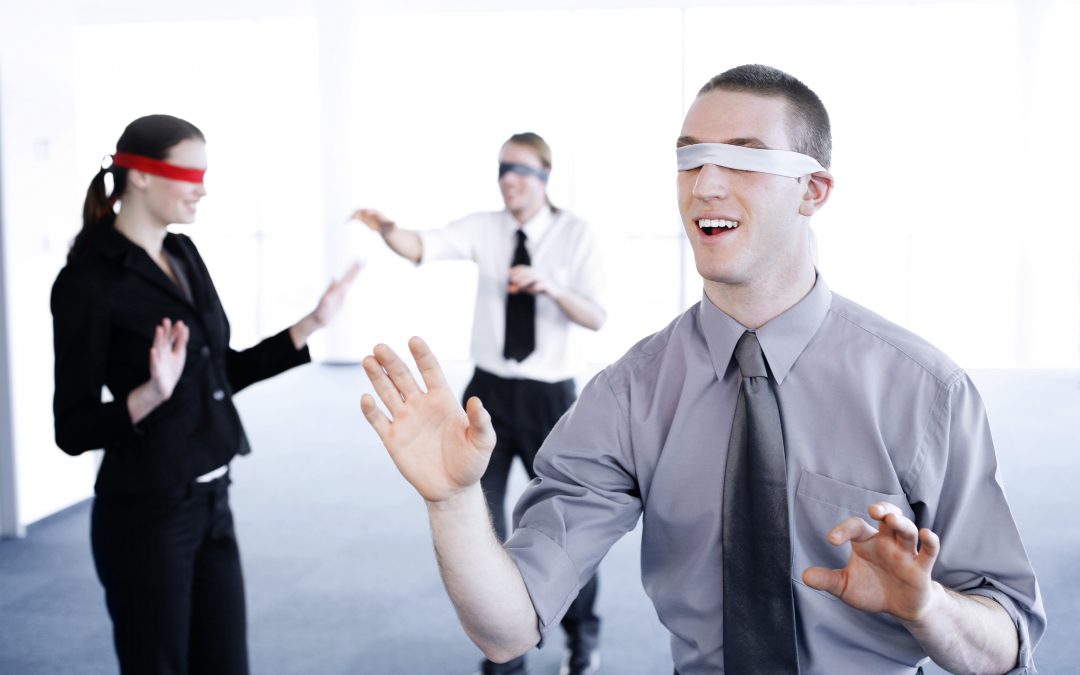 We have talked about the value of icebreakers in creating the right atmosphere for your design thinking sessions, and to help introverts get comfortable with what’s to come. Ice breakers can take lots of forms and here are some of our favorites.

In this activity, ask participants to pair-up and to take a good long look at the person they are partnered with. Then direct them to stand back-to-back, and spend 30 seconds changing five things about their own appearance. Do not give them any additional instruction.

When the time is up, instruct partners to face each other, and quickly identify the five things that their partner changed. Once they are done, congratulate them, then tell them to do it again — taking 30 seconds to change five more things, then guessing what they are when they turn back.

Once they do this twice (or even three times) it’s time to debrief. This isn’t just a mindless icebreaker. It’s meant to show participants how they think about change.

At the end of the activity, session leaders should point out three things:

Divide the class into even groups and give each group a title for a family picture — i.e. a family of dentists, family of cheerleaders, family of lost librarians. You can even get more specific, like “right after grandma’s big announcement” or “the dentists’ convention.”

The groups then have ten seconds to form a portrait based on the title with each person taking on a different role. They have to tell a story, even though they are frozen in place. Count them down, then yell FREEZE! The end result should be a cohesive picture.

Along with being silly and creative, this activity forces disparate groups to work together as a team in a highly time constrained environment.

Ask everyone to stand in a circle, then ask person A to make a small gesture (usually by making a face). The person beside them then repeats the gesture and so on around the circle. The point of the exercise is to keep the gesture exactly the same. Everyone has to pay attention to the gesture, and it’s not supposed to get bigger, or change hands. It’s a lot harder to do than you think.

This is a classic warm-up game in which everyone stands in a circle, and one player starts by throwing a hand clap to her right neighbor. The neighbor passes the clap to his right neighbor, and so on.

They play this till the clap flows nicely around the circle. Then the leader tells the group that players may decide to pass the clap back to the neighbor they got it from or to someone across the circle. Notice how disruptive this one change can be.

A similar version, called snap catch, allows players to throw a snap (or a small ball) to someone in the circle, who then throws it to someone else. The leader periodically adds a snap or another ball to the mix to get multiple threads going simultaneously. If the group gets good at this you can have them move around the room. It’s a fun way to create connections between strangers and to help invest the team in their abilities as a group.

Not every icebreaker requires people to get in circles and cheer for teams. Using drawing exercises at the start of a session can help people get over their fear of looking silly.

Before brainstorming, give everyone a sticky notepad and sharpie, and ask them to draw a frightened stick figure then share it with the group. The intention is to loosen people up, engage their right brain, and make it safe to draw something. It helps them see that they do not have to worry about their creative/artistic ability to participate.