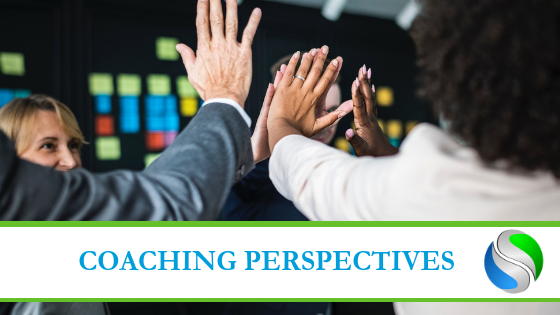 *This article originally appeared in the July 2017 edition of Association for Coaching. Complete issue can be found here.

What is it that makes a team easier to coach, and what impedes the process? Here we draw on recent studies to explain what characteristics define the ‘coachable team’.

As strange as it might sound, most of us are coaches in our everyday conversations with one another. We constantly share our opinions about how we see life. Some people accept our suggestions and insights, while others resist what we are willing to share. In corporations, too, we find the same dynamics of openness or closeness; in other words, there are those who are coachable and those who are not. One of the tools corporations often employ to aid productivity is the collaborative grouping of teams. Not all teams are equal; some teams of subject-matter experts often get stuck and lack direction, while other mixed groupings have eager leaders but also free-loaders who let those leaders do the majority of the work. In light of this, the question arises of how a company can profit by building teams best suited for growth, and avoid the drag of stalemated experts or free-loaders. Two useful resources that give insight into this challenge are the studies of Amy Edmonson (1) and Julie Ruzovsky (2). Edmonson was concerned with the many mistakes make in hospitals regarding drug distribution for patients. She studied several teams and came to a number of realizations. Her first conclusion was the need for psychological safety within a team. She defined ‘psychological safety’ as an environment where team members felt safe enough to risk being vulnerable in front of peers, and were comfortable to say anything without fear of rejection or ridicule by others. What is important here is not who is on the team, but how the team works. This sense of safety allows for interpersonal risk-taking: teams that developed psychological safety made fewer mistakes because members could express their ideas and contributions freely to each other without fear of reproach. Edmonson added that teams that exhibit psychological safety frame their work as a learning situation in which everyone has a voice in the discussion. Each person owns their fallibility and models this by asking questions and expressing uncertainty at times. They are all accountable to each other and willing to learn through interdependence – through accepting their dependence on each other and allowing others to hold up a mirror, to challenge; and to advise. Turning to the work of Julia Rozovsky, we see an extension of the idea of psychological safety in her studies of the phenomenon within teams at Google. In collaboration with Google’s People Analytics Manager Abeer Dubey, she undertook an exhaustive investigation of Google teams and came up with a five-level portrayal of how productive teams work, all ways that surpassed who was actually on the team. Rozovsky borrowed Edmonson’s definition of psychological safety as the basis of productive teams. From there, she went on to describe dependable teams as those that got things done. They had clear roles with structured plans and goals from which individual members personally found purpose and meaning in their work. Essentially, the team appreciated the impact of their work more because it mattered and created changed. It is in this sort of environment, that prioritizes wellbeing and psychological safety, that a team becomes a coachable team. In turn, it is with a coachable team, compared to a less open one, that a coach can help the team to better understand its philosophy, vision and mission as it unfolds its functional norms, with the aim of becoming a company model of performance through its members’ shared reflection and mutual measures of achievement. For a more detailed discussion on the qualities of coachable teams, please consider Charles Duhigg’s book, Smarter Faster Better). (3) 1. Edmonson, Amy, (2014). Building a psychologically safe workplace, httpss://www.youtube.com/watch?v=LhoLuui9gX8, TEDxHGSE, May 4, 2014. 2. Rozovsky, Julia, (2016). Google’s five keys to a successful team, https://www.youtube.com/watch?v=KZlSq_Hf0M, June 22, 2016. 3. Duhigg, C. 2016. Smarter Faster Better. Random House. (Kindle edition also available).
Tweet
Share2
Share
Pin
2 Shares